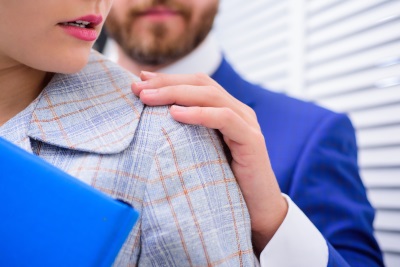 Sexual harassment is still pervasive in many California workplaces. Over the past few years, many high-profile cases have been publicized, and many victims have spoken out about the harassment they have suffered. But this recent spotlight on the issue hasn’t eliminated sexual harassment in the workplace. If inappropriate and offensive behavior is tolerated in your workplace, or you are experiencing direct treatment that makes you uncomfortable, The Law Offices of Joshua Cohen Slatkin wants to hear from you. In a free case evaluation, we will tell you if you have grounds for a sexual harassment lawsuit.

What Is Sexual Harassment?

To establish liability in a sexually hostile work environment case, a plaintiff-employee must show they were subjected to sexual advances, conduct, or comments that were severe enough or sufficiently pervasive to alter the conditions of their employment and create a hostile or abusive work environment. “Harassment” under the Fair Employment and Housing Act (FEHA) is conduct outside the scope of necessary job performance, conduct presumably engaged in for personal gratification, because of meanness or bigotry, or for other personal motives.

To be actionable, “a sexually objectionable environment must be both objectively and subjectively offensive, one that a reasonable person would find hostile or abusive, and one that the victim, in fact, did perceive to be so. To establish a claim for hostile work environment sexual harassment under the FEHA, you must show that (1) you belong to a protected group (e.g., your gender/sex); (2) you were subjected to unwelcome sexual harassment; (3) the harassment complained of was based on sex and; (4) the harassment complained of was sufficiently severe or pervasive so as to alter the conditions of employment and create an abusive working environment.

To prove that a victim has subjectively suffered from a defendant’s sexual harassment, they must demonstrate one or more of the following: (1) the harassment disturbed their emotional tranquility in the workplace, (2) the harassment affected their ability to perform her job as usual, or (3) the harassment interfered with and undermined their personal sense of well-being. (Fisher, 214 Cal. App.3d at p. 608.) An employer is strictly liable for all acts of sexual harassment by a supervisor, including permitting the hostile environment to exist after reports of sexual harassment. (E.g., State Department of Health Services v. Superior Court (2003) 31 Cal.4th 1026, 1042.)

The most common incidents of sexual harassment at work are fairly subtle, such as being asked out repeatedly or touched against your wishes. It can be hard to know if these actions are enough to warrant a complaint. In other cases, the incidents are obvious and egregious, but the victim feels they have too much to lose to speak out. When actions such as the following repeatedly happen despite complaints to superiors, they could be considered sexual harassment:

Talking to an attorney is the best way to learn about your rights and to find out if you have a potential claim. Sexual harassment claims generally fall under one of the following legal areas:

There are a lot of gray areas when it comes to sexual harassment, so it can be very difficult to know what to do. However, contact us for a free case evaluation and learn what your next best steps are.

Steps to Take If You Are Being Sexually Harassed at Work 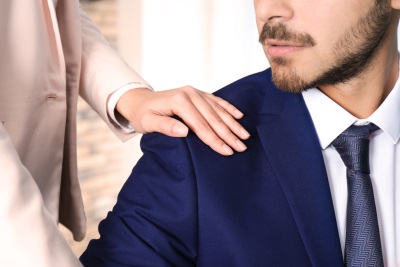 Documentation: If you are receiving unwanted sexual attention at work or you are often offended by inappropriate comments or emails, you should start documenting the incidents right away. Proving a hostile work environment requires repeated offenses over time. We advise that you take the following steps:

The Law Offices of Joshua Cohen Slatkin is a strong advocate for employee rights, and we’re dedicated to holding abusive employers accountable for their actions. We will help you exhaust the administrative remedies necessary to file a sexual harassment claim based on federal or state laws and navigate the claims process to get you the compensation you deserve.