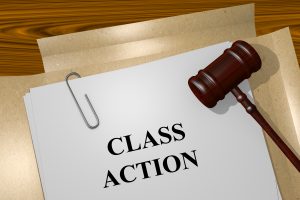 The Supreme Court of the United States issued a decision on June 19, 2017, which will heavily impact class actions, particularly in the areas of pharmaceutical drugs and medical devices. The case involved more than 600 plaintiffs joining together to sue Bristol Myers Squibb (Bristol Myers or BMS) for injuries allegedly caused by Plavix.

Plavix is used to prevent heart attacks and strokes in people with heart disease. The plaintiffs filed this case in a California state court, despite the fact that the majority of them were not residents of California. In deciding this case, the U.S. Supreme Court reversed a decision by California’s Supreme Court which had originally allowed the claims by non-resident plaintiffs to move forward against BMS.

The specific ramifications of this case will be far-reaching, and especially impactful in California.

Before diving into the BMS case, it is important to first discuss the concept of personal jurisdiction. Personal jurisdiction is a court’s power to render a valid and binding judgment against the parties before it. This concept is crucial to the legal system because it is an essential part of due process. The Due Process Clause of the U.S. Constitution limits state courts’ power to hear cases and enter a valid judgment upon the parties to those cases. (Worldwide Volkswagen)

Personal jurisdiction is a territorial concept. Generally, if you are suing a person who lives in California, they will be subject to California’s personal jurisdiction. For corporations, a similar concept applies, but their residency is determined by the state the company is headquartered or incorporated in. This is the easiest situation to understand, but it gets more complicated when attempting to sue a defendant who does not reside in the state where you file suit.

The modern conception of personal jurisdiction focuses on the number of “contacts” that a corporation, like Bristol Myers, has with the state where a suit is being filed. (This also applies to natural persons, but this article will focus on corporations.)

The seminal case on this topic is International Shoe Co. v. Washington, 326 U. S. 310 (1945), where the U.S. Supreme Court first outlined the notion of contacts. That case created a “minimum contacts” test which allows courts to exercise jurisdiction over defendants from other states as long as they have sufficient contacts with that state. The main consideration is whether the defendant has a reasonable expectation of being sued within that state.

From this case, two concepts emerged. They are called specific and general jurisdiction.

California courts used a unique “sliding scale” approach to specific jurisdiction. Under the California approach, the strength of the connection between the state and the matters at issue in the lawsuit is relaxed if the defendant has extensive forum contacts that are unrelated to those claims. The broader your activities are within the state the more tenuous connection will support a claim satisfying specific jurisdiction. The California Supreme Court used this sliding scale approach to hold that Bristol Myers was subject to California jurisdiction, even for the claims made by nonresident plaintiffs. This approach is what the U.S. Supreme Court had a problem with.

The BMS case is a California case that was appealed through the California appeals process and finally wound up in the United States Supreme Court. The plaintiffs alleged state law claims including false advertising and misrepresentation against BMS. BMS filed a motion to dismiss the claims by nonresident defendants for a lack of personal jurisdiction over those claims. After losing in the California Supreme Court, Bristol Myers sought the review of the U.S. Supreme Court because the company felt the Due Process Clause was violated by California’s exercise of jurisdiction.

In an 8-1 holding, Justice Alito delivered the court’s opinion reversing the California Supreme Court’s holding. The court relied on past precedent which said this: “even if the defendant would suffer minimal or no inconvenience from being forced to litigate before the tribunals of another State; even if the forum State has a strong interest in applying its law to the controversy; even if the forum State is the most convenient location for litigation, the Due Process Clause, acting as an instrument of interstate federalism, may sometimes act to divest the State of its power to render a valid judgment.”

Alito described California’s approach as dangerous and said that this case illustrates the danger of the sliding scale approach. Bristol-Myers Squibb Co. v. Superior Court, 137 S. Ct. 1773 (2017).  Justice Alito was concerned that California courts could exercise jurisdiction over claims by plaintiffs who had not purchased, consumed, or been injured by Plavix in California. The fact that others had also been injured in the same way within California had no effect at all on the state’s power to hear claims by non-residents.  The Supreme Court focused on the complete lack of connection between the nonresident plaintiffs’ claims and California when making its decision.

Effects of the Decision

The decision in this case effectively limits any state’s power to hear nationwide class actions. As a result, plaintiffs who wish to bring nationwide class actions now must sue drug makers like Bristol Myers in the state where the business is incorporated or headquartered. This will likely lead to the practice of “forum protection” where a company can protect itself from the most advantageous laws for consumers by incorporating and operating in states with laws more favorable to big business.

Consumers will be less likely to join together to bring such lawsuits now because they will be forced to bring them where the business is located. This means that plaintiffs from states like California, where laws can be more favorable to consumers, would be unlikely to join a lawsuit in any other state against the drug maker.

Of course, plaintiffs who have all been injured in the same state can still join together with residents of that state to bring a class action within that state against companies. However, this approach also poses problems because the company will likely employ one coordinated legal team to battle the uncoordinated strikes of class action suits in multiple states. This will allow those teams to develop tactics through trial and error while the plaintiff’s attorneys are effectively restricted from coordination.

If you or a loved one suffered an injury or wrongful death caused by prescription drugs or medical devices, you may be entitled to compensation. Please contact us at 310-923-7839 for a free, no-obligation consultation so we can help determine the best option for you.